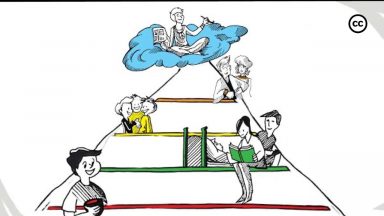 Maslow’s Hierarchy of Needs is a theory in psychology, which argues that there are five stages of human needs that motivate our behavior. The five stages were later arranged in a pyramid. he theory argues that in order to achieve the freedom to attend to the self, the needs at the base of the pyramid must be fully and securely met.